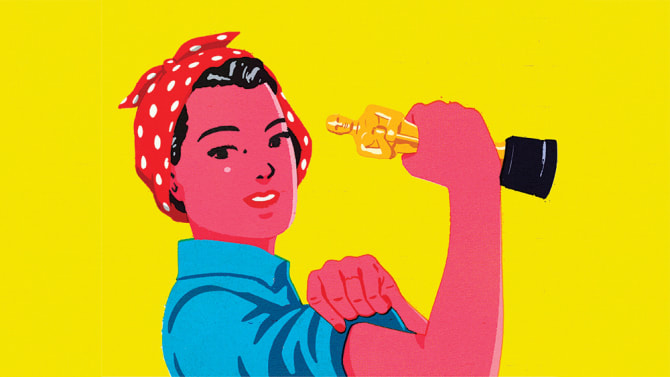 By Kaely Monahan. Written for and originally published by the Phoenix Critics Circle
This year has already been glass-ceiling-shattering experience in many ways for women in film. From Viola Davis taking home The Oscar for Best Supporting Actress in Fences to Wonder Woman exceeding expectations to Saoirse Ronan’s unbeatable performance in Ladybird — there’s a sense that the film industry is finally turning a corner when it comes to women in film.
Then in October, The New York Times drops its in-depth investigation into the sexual harassment allegations against Harvey Weinstein. Suddenly the stage curtain is ripped back and dozens of women in the media industry from actresses to production assistants have come forward with allegations of sexual misconduct by Weinstein and others.
Since then a tidal wave of sexual assault accusations has rocked not just Hollywood but America’s entire society, the lasting effects of which have yet to be seen.
So can we really say that 2017 really is a year for women in film? In a way, yes. 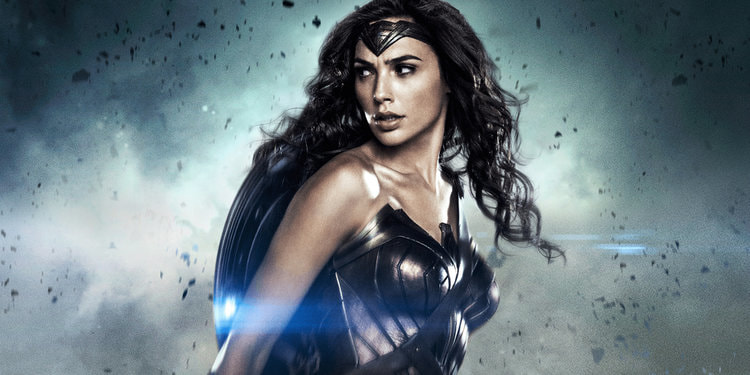 CRACKS IN THE CEILING

We saw the smash success of Patty Jenkin’s Wonder Woman— which exceeded audience expectations and smashed box offices globally. And while many will point to Wonder Woman as the pinnacle of female box office success for this year there are a plethora of films with intriguing, sympathetic, and complex female characters that delight, amaze, confound, and even antagonize audiences.

Take Ghost In The Shell. Regardless of its flaws — which are many and problematic — Scarlett Johansson’s Major is a fascinating expose of humanity and what it means to be human. Was the film great? No. Did it hold up to the original anime? Not really, but for as much as fans and critics may have disliked this film it’s creation proves that studios are willing to gamble on putting out a film that is bizarre to Americans and led by a woman.

On a completely different level, A United Kingdom, forces audiences to look at racism of the past and question how far we’ve actually come today. The biopic is about the real life love story of Ruth Williams (Rosamund Pike), a white Englishwoman and a King Seretse Khama of Botswana (David Oyelowo). The marriage was vehemently opposed by the English government and the Botswanan people were not keen to see their king marry a white woman either.

Directed by Amma Asante, who also directed the biopic Belle, A United Kingdom is a quiet film filled with more determination that a Disney princess movie. Pike’s performance is so subtly beautiful and profound, you cannot help but cry at the end of the film. 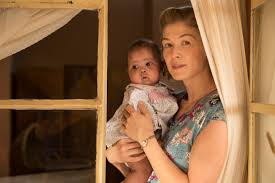 Rosamund Pike as Ruth Williams in 'A United Kingdom.'
Speaking of Disney princesses, Emma Watson donned the iconic yellow ball gown in Disney’s live-action remake Beauty and the Beast. While the film was lauded by some and snubbed by others, there’s no denying that young feminist Watson was determined to show more to the bookish princess than the original animation. This 2017 version of Belle shows her as inventive as well as booksmart. Would such a broadening of a fairytale princess have happened even five years ago? A decade ago?

Even the gritty male-dominated war movie genre had a powerful female led story this year. While Dunkirk overshadowed all other war movies for 2017, The Zookeeper’s Wife is worth remembering if only it for its beautiful cinematography and heart wrenching story. Jessica Chastain delivers a brilliant performance as Antonia Żabińska.

There are more and more comedies being led by woman as well. This summer, Amy Schumer delivered a twist on the mother-daughter chick-flick genre in Snatched. While on the surface this film is dopey, silly, and in some parts annoying, the core of the film holds it together. Not to mention the pairing between Schumer and Goldie Hawn is one worth seeing again.

Jumping to the end of the year we have Valerie Faris’ Battle of the Sexes which explores that fateful tennis match between Billie Jean King (Emma Stone) and Bobby Riggs (Steve Carell).

Then the queen of Hollywood herself, Meryl Streep tackles the role of Kat Graham, The Washington Post’s first female publisher. She is paired with Tom Hanks in a thrilling love letter to old journalist and newsprint. Her performance is perfect in the hands of Steven Spielberg and it’s pure movie magic between her and Tom Hanks. And let’s not forget that Jedi apprentice Rei (Daisy Ridley)  is returning in The Last Jedi this December.
​

Jessica Chastain as Antonia Żabińska in 'The Zookeeper's Wife.'
CLIMBING THE LADDER 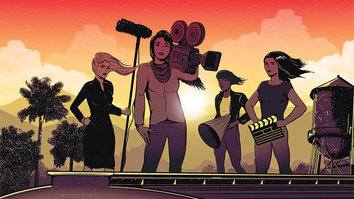 These are just a handful of the films starring women who deliver complex and evocative performances just this year. But what about behind the camera? Strides might have been made on screen but there is still a long way to go before Hollywood is anywhere near gender equality.

According to a 2017 study by the Center for the Study of Women in Television and Film at San Diego State University, women made up only 17 percent of the crew behind the top 250 domestic grossing films in 2016. And that includes directors, writers, producers, executive producers, editors and cinematographers. And this is was actually a decline from 2015.

Where women did make gains was in television. In a separate study by the same center, women made up 42 percent of major characters on broadcast network, cable, and streaming programs. That’s nearly half!

With studios trying to lure audience back into seats, perhaps they should keep that statistic in mind.

So where does this leave us when considering if 2017 has been a year of women in film? At least with actual representation on screen, there is a feeling of modest gains. Even so, there is a concerted effort to put out movies with women who have complex and fully fledged backgrounds. Not all are perfect -- some are allowed to be hateful or fear inducing.

As a critic and woman, 2017 has felt like a win for women. Hollywood is making progress — we are making progress. Even with the allegations of sexual assault that rocked the industry, women are fighting to make it in film, and it feels like we’ve reached a turning point. Where we go from here remains to be seen but I for one believe Hollywood is trying and in modestly succeed in changing its trajectory to give us ladies equal representation on and off the screen.
Proudly powered by Weebly