By Kaely Monahan and Tuesday Mahrle
It felt colder this year in Park City than the last two years. But that's just the opinion of Kaely. Tuesday was happy to march through the snow drifts in capries and booties.

2020 is our third year attending Sundance and amazingly, and quite by chance, we saw more films made by women than men. Some were hilarious, others caused our hearts to pound, and a couple had us scratching our heads.

Here's the list of what we saw and what we thought. Listen to our podcast to get the full review of each film! 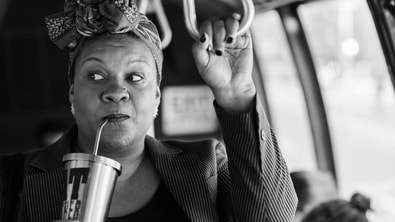 Radha is a once-promising playwright who now faces the big 4-0 with little, in her mind, to show for it.  Caught questioning her abilities as an artist and frustrated with being pigeon-holed she breaks out of her lane to become a rapper.


Kaely: This is the funniest film we saw out of Sundance. Witty without being too on-the-nose, 40-Year-Old-Version captured the real struggles of creative fatigue and fears of aging. For a debut feature film, Radha Blank delivers an authentic story. 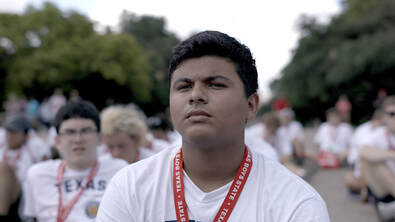 Grand Jury Prize winner for the documentary category, Boys State explores the political bootcamp that teaches, in this case, boys how politics work in the U.S. A thousand 17-year-old Texas boys are divided up into two political parties that they have to create and run. Real issues collide with the ridiculous as the youths discover how to run a campaign and what truly matters.

Kaely: This film challenged me and my preconceived notions. While on the surface, the program seems geared at turning out new Republicans, it ends up being so much more. Boys State shines a spotlight on how we form our politics and whether we have the courage to stand up for what we believe in. 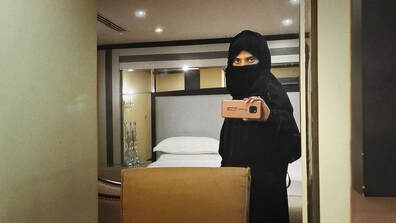 Muna is a young Saudi woman who is about to be married against her will. She plans to escape her country and its repressive restrictions place on women. Chronicling her journey through secret cell-phone footage, we get an intimate look into her life and all the struggles she faces not only from her family and the Saudi state, but the overwhelming sadness and guilt she feels.

​Kaely: I've never seen a documentary like this. It's raw, rough, and so deeply intimate. It runs like a thriller but it is someone's life. I've never gripped my seat in dread during a documentary until this film. 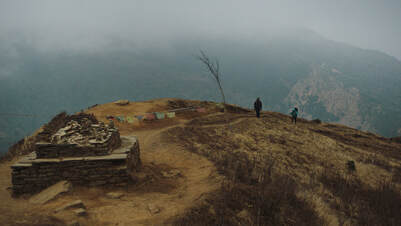 The Mountains Are a Dream That Call to Me

This debut feature for Cedric Cheung-Lau was part of Sundance's NEXT program. Here films are selected for their innovative, forward-thinking approach to storytelling.  Two travels, one Nepali and one Australian have an unlikely encounter while journey through the mountains of Nepal.


Kaely: Visually appealing but overall lacking in any real substance, this film left me nodding in my chair. There are only, at most, two pages worth of dialogue in the whole film. Too much is left up to the audience's interpretation. This film makes you really work to piece together a narrative. The only thing this film had going for it was the cinematography. 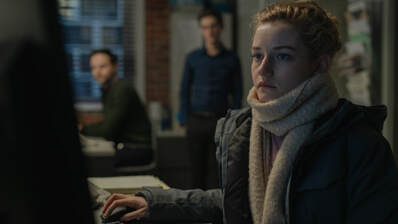 The Assistant
Director Kitty Green brings us a post #MeToo drama in The Assistant. Jane (Julia Garner) works as a junior assistant to a Harvey Weinstein-like boss at a movie production company. We spend a day in her life as she toils from pre-dawn to well after sunset fulfilling all her tasks as a secretary and more. When concerns about her boss lead her to HR she is doused with the cold reality that if she wants to work in the film industry, she should shut up and put up.

Kaely: Director Green captured the daily tedium of secretarial work in such a way that I felt it in my core. We've all done jobs like this where we're overworked and underappreciated. Add to that the very real double-standard men and women face, and the fear of losing the job you worked so hard for, makes The Assistant very timely. However, the story loses its pace and begins to drag after 40-minutes, and with no satisfying conclusion, this film felt more ho-hum than wow. 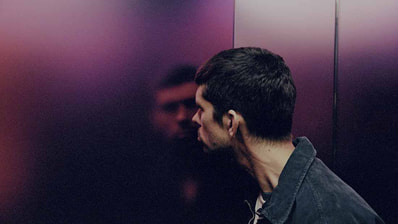 Joseph (Ben Whishaw) is quiet, meek and socially withdrawn. He works at airport security, goes home to obnoxious neighbors, and has parents who constantly nag him. All the annoyances of life finally cause him to snap, and he goes on a rampage across London free of inhibitions.

Kaely: This yet another film of a middle-aged, middle-class white man descending into madness. The decay of a rational mind is never an easy watch, but Director Aniel Karia expresses the descent into madness through shaking camera techniques and uncomfortably close close-ups to the point where watching this made me physically sick. (Anyone sustainable to motion sickness should steer clear of this one.) And as the madness dragged on I kept looking at my watch. This is definitely not my cup of tea and I can't recommend it. You're better off watching Joker. 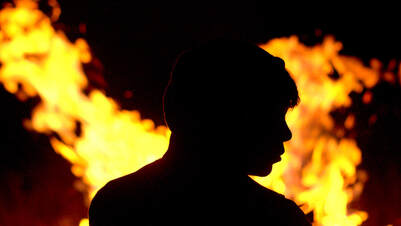 Audience Award winner in the  World Cinema Dramatic competition, Sin Señas Particulares or Identifying Features is a very contemporary Mexican film that explores the lives of those left behind when family tries to cross the U.S.-Mexico border and then disappear. Magdalena is a single mother who hasn't heard from her son in months. When word reaches her that his friend and companion was found killed by a cartel she goes on a search for her boy. Along the way she meets deported Miguel and together they try to navigate the dangerous and unforgiving landscape of the borderlands.


Kaely: As one who lives in a border state, stories about those trying to cross over into a better life are a part of narrative of Arizona. However, Sin Señas Particulares really exposes a new side of the border crossing story. Blending mystery, suspense, and the love of a mother, this movie both captures the imagination and heart. The camera work is so exquisite that it feels like it disappears. Sin Señas Particulares is one my top pick for drama from Sundance 2020.