Whiskey and Popcorn
Last week I finally got around to watching the Sicario, the film starring Emily Blunt, Benicio del Toro, and Josh Brolin. Being a resident of a border town (Nogales, AZ to be exact), the theme and events portrayed in the film hit pretty close to home. Because I was born and bred in a border town, I think I can say I know a lot about the border and the immigrant. I may be no expert, but I have seen these things.

​With that, lets dig in. 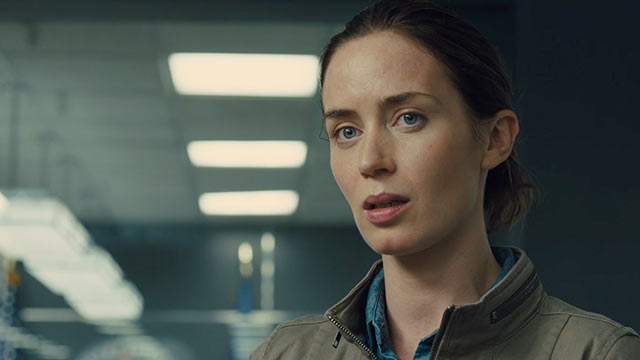 I have to hand it to Emily Blunt. She is fantastic in this film, and more so because she is able to go toe to toe with an all male cast. She's able to show great strength, despite her vulnerability, of being in the boy's club and in unknown territory.

Her character, Kate Macy, is a fish out of water. She is recruited by Matt (Josh Brolin), a mysterious government agent who is fighting the good fight against drugs. Kate is asked to join a task force, aimed at finding the biggest crime lord running a Mexican cartel--Fausto Alarcon.

Along with Matt, we have Alejandro, who for me is the most interesting character in the whole film.
​ 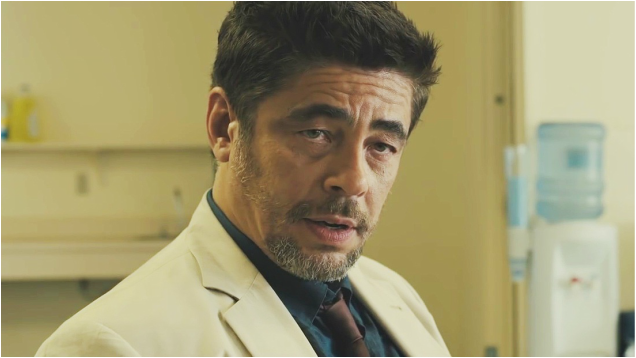 Played by Benicio del Toro, Alejandro is a force to be reckoned with. He's a tortured man, seeking vengeance. This is del Toro at his best. He gives a subtle yet impactful performance, using the little dialogue and screen time he has to leave a memorable impression.

Alejandro is the titular sicario; the Spanish word meaning hitman. He is everything "americans" probably fear of when they think of drug wars--men hired to kill anyone who is in the way.
That's precisely what happens in Sicario. In order to stop the "evil" the good guys have to, in essence, become the bad guys themselves. They bribe, torture, and kill their way to stop the "narcos." 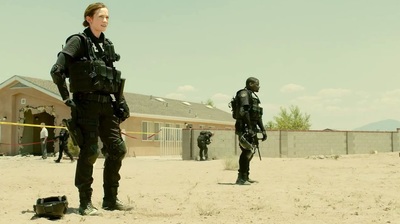 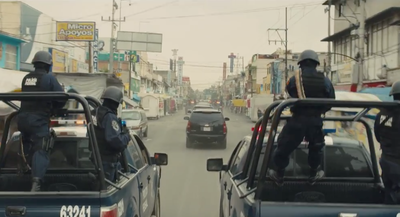 It's very enlightening for Kate, who is used to doing everything by the book.  She readily agrees to join Matt in catching the group of men who she's been after for some time, believing the whole operation is legit. Little does she know, she is merely a pawn to be used.

Along with Matt and Alejandro, Kate travels to Juarez, Mexico to retrieve a high ranking member of the cartel. She is both shocked and afraid of everything that she witnesses, not knowing where everything is leading to.
From there, Kate goes deeper and deeper into the cartel underbelly, all while trying to figure out where she fits into this new world. While Kate is trying to figure her way out, Alejandro is shining through. He is no mere "sicario," he's a man with a mission. He was once a lawyer in Mexico, who's wife and daughter were killed by Alarcon. It's as much his journey as it is Kate's. They are like two sides of a coin, the good and the bad, the right and wrong.

I thoroughly enjoyed watching this, even with the few qualms I have regarding it overall. First of all, while a lot of the events in the film are based on actual events, Hollywood tends to over dramatize things, and there's no exception here. I fear most people will think all of Mexico is like this.

The "firework" scene, for example, in which Emily Blunt's character witnesses is not that common (even when the drug wars escalated to catastrophic degrees in 2010). I understand why they would make Mexico seem that much worse. Yes, it has issues, yes there's corruption, but honestly isn't that something that happens everywhere? ​

What I'm saying is, don't judge it so hard because of this movie. Despite that I do thoroughly recommend this, mostly because Benicio del Toro gives a fantastic performance.