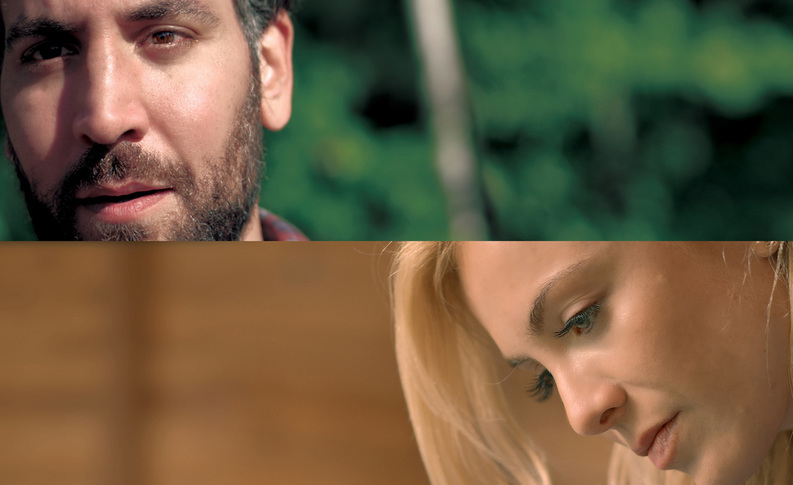 Director: Jeff. D. Johnson
Cast: Josh Radnor, Alex McKenna
Trailer
"Mama said the stars are the universe's eyes
I can feel them watching over me most of the time

We grew up believing we could learn how to fly
We came from the Earth, but we belong to the sky..."
​Cloud Cult has been in the music scene since 1995, but it is only now that I got introduced to them. And what an introduction it was. With their newest album "Seeker," Cloud Cult and director Jeff D. Johnson created an hour long music video of the same name. It follows Grace from the age of about 10 to adulthood and the grief she is still trying to overcome.

It's no normal story or music video, it's a unique thing and quite an experience. In the hour-long film only a single word is uttered (I won't ruin that part for you). The rest of it is completely silent except for Cloud Cult's album music playing throughout the whole thing. It is the linking force and only point of reference. It is definitely not what I was expecting.

​"Seeker" starts off with what seems an homage of sorts to "2001: A Space Odyssey." A sort of epic yet indistinct experience that feels cosmic and welcomes you into the story. There is darkness and there is light. Both play in a hazy way that is familiar yet ironically new. For what seems like multiple minutes, but was really only seconds, we are shown a birth. There is darkness, with sparks that look like stars or fireworks, and then a blinding light. (The Big Bang!) Life exists. A young couple welcomes a baby girl into the world — Grace.

​From there on out we see the small family have the most idyllic life; almost too perfect. A child is loved and taken care of by two wonderful parents. There are bonfires and songs and dinners at the kitchen table, but like all perfect things it isn't meant to last. Returning from a camping trip with her dad, Grace witnesses a road accident that takes her father's life.

​It is a blow that nearly destroys Grace and her mother. As the years pass and we see Grace turn from a child to a teenager to an adult one thing is certain — she changes. She's bitter and hard. There's a general state of pause to her life as if she is unable, or more likely, unwilling to move on.

"If life is a story we're meant to live through
Then both me and you are the pages
I'll tell you a tale and most of it's true
You see I came here for you through the ages..."
Adult Grace (Alex McKenna) is a completely different person — bitter and her life is at a pause as if she can't find something to live for. She lives in a crappy apartment and is now being evicted. Her life is basically falling to pieces. That is until she finds a small wooden boat her dad (Josh Radnor) gave to her. She hits rock bottom and the only way out is up.

​In one of the best moments of the film, Grace goes back to the last place she went with her father and takes a boat out to sea.
​ 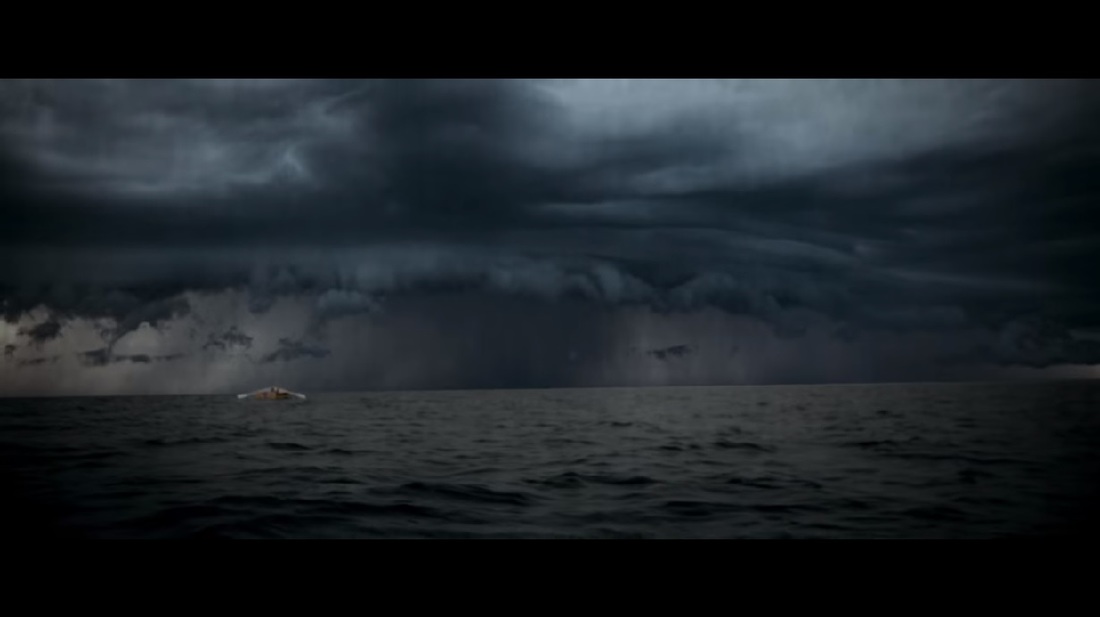 It's a perfect visual representation of how lost she is. In her eyes, she's had nothing to live for. It's here that the central message gives way. Sometimes, you must lose yourself in order to find yourself again.
​​"Everything you thought you had.
It was only passing through.
Everything you thought you knew
Knew you... better than you do
We were made to watch and wonder.
Though some days I can’t get out of my head.
And I was scared of getting older..."
The story of loss is not a new one. It's as old as time and just as universal. It imbibes the whole thing with music and lyrics deep to its core. Perhaps that's why so many can connect this film and what makes it so unique. This film doesn't explain. It shows and creates and emotional connection through its music rather than through an artfully written plot or a bombardment of gladiatorial combat. In a way, it's that simplicity that makes up for its unorthodox approach.

It's interesting to note that Cloud Cult's first couple of albums were made as a result of the loss of a young child. It's an event and a feeling that will stay with a person forever and even come to change who they are. So it feels appropriate that this film and its accompanying album talk about loss and deal with it so beautifully. Those this film might seem dark and depressing, it is full of hope. A hope that time will lead to acceptance and that that, in turn, will make things better.

Rating: To me this film felt like a warm cup of tea or hot chocolate on a rainy day. Though the weather outside may be rough, that warm cup will make you feel better and all you have to do is ride out the rain. So grab a good book, grab your book, find a comfy chair and enjoy the rain. It won't last long.
​"God gave you brains, now don’t go and drown in your own thinkings.
God gave you hands so you could pick up your broken pieces.
God gave you feet so you can find your own way home.
Let’s run away, just know your troubles tend to follow.
Pack your bags, just know that everything here’s borrowed.
The pathmaker is a trickster, so make your own damn road.

Oh, no, no, no. You never were alone.
Sometimes this life’s a lonely road, but you gotta find it on your own.
So build a happy ship, cuz this livin’ is a trip.
You gotta sing the kind of song that you like singing
...to the Great Unknown."
Proudly powered by Weebly