Roundtable with author, director and cast of ‘Pride and Prejudice and Zombies’

Originally published on Feb. 9, 2016 on getoutaz.com
Jane Austen and zombies
​
“It is a truth universally acknowledged” that authoress Jane Austen is one of the premier writers in the English language. Beloved the world over and through time, her stories have been adapted into many successful films and even inspired spin-off stories (Clueless, Austenland, Bridget Jones’s Diary).
Perhaps none is more absurd, delightfully fresh and entertaining than Pride and Prejudice and Zombies. Author Seth Grahame-Smith adapted the Austen original novel. Initially he was not a fan of Austen, but discovered when he was older the compelling nature of her works.
“When I read Jane Austen for the first time it was Pride and Prejudice and I was a 14-year-old English class student. Stupid, high school freshman boy who just couldn’t get it. I did not care about Lizzie and who she married when I was a 14-year-old boy,” he said.
“Jane Austen as it turns out, yes she’s a really good writer — that’s a given, but she’s also wickedly funny, and that’s the thing I didn’t get (as a kid).
After rediscovering Pride and Prejudice in his early 30s, there was one seemingly insignificant detail he couldn’t reconcile. Why was there an army encampment in Hertfordshire?
“(There) were the weird coincidences of the book that sort of called out the need for zombies. Like the fact that there’s a regiment camped out in Meryton, and we never really know why they’re there,” he said.
With this idea of zombies, Grahame-Smith meticulously recreated the Bennets’ world but added the dire circumstances of the zombie apocalypse to the equally pressing need to find husbands.
Of course, such a ridiculously wonderful piece of literature had to be adapted for the silver screen, and Burr Steers was brought on board to direct this literary cult classic. His direction gelled with the story, which is at its core, Pride and Prejudice. It is a story of strong wills, misunderstandings and romance. Elizabeth Bennet is no shy maiden, and her clashes with the mysterious and reserved Mr. Darcy are practically a literary trope.
Steers wanted to focus on that famous relationship, and like Grahame-Smith, explore what would happen with zombies thrown in.
“The one thing I never want to do in my books is wink at the reader,” Grahame-Smith said.
Steers follows that cue in the execution of the film. Key to the film’s success are the straightforward performances.
“For me,” Steers said, “my take was putting as much Jane Austen back in as possible. My approach was to create this alternate Regency world where this pandemic (zombies) had taken place. So it looked like the Regency world, but it’s tweaked, and alterations are made because of the reality of the pandemic.”
It’s clear that he succeeds in his vision as the funniest bits are Austen’s original themes. Those awkward social situations between Lizzie and Darcy, and Lizzie and Mr. Collins are all Austen, and are truly hilarious. There just happens to be zombies thrown in.
According to Steers (and we’re inclined to agree) Austen always works. Look at the Bridget Jones series. Look at all the rom-com’s inspired by her works. Austen is the mother of the romantic genre. 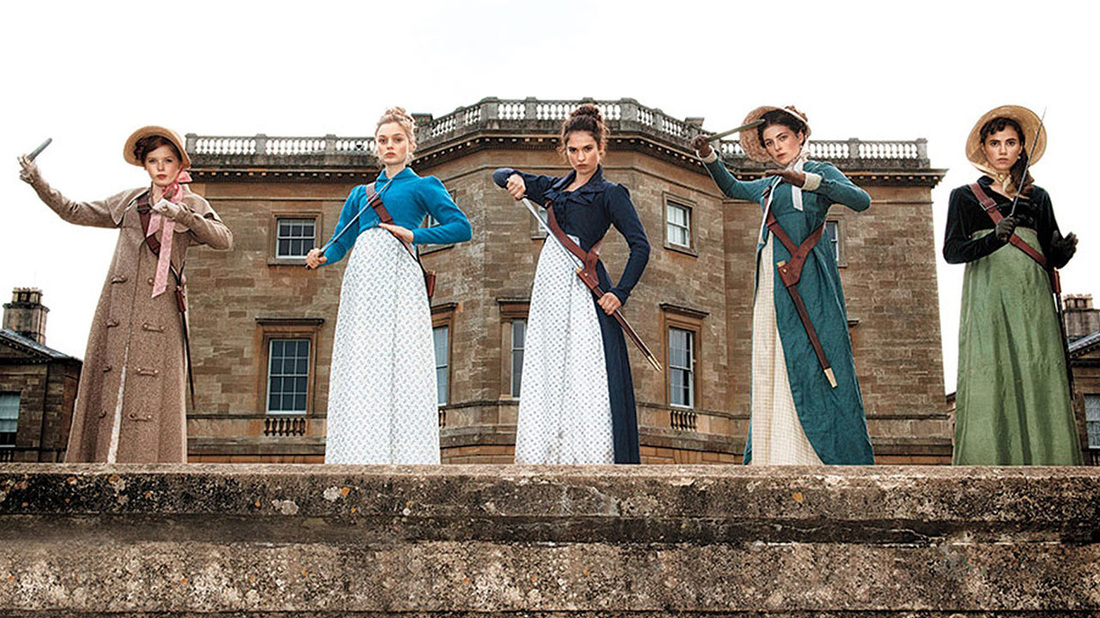 ​
Of course, it cannot be denied that adding zombies into Jane Austen is just ludicrous. It could have gone horribly wrong, but director Steele is careful about striking the right balance.
Lily James was delighted to play the role of zombie-slayer Elizabeth “Lizzy” Bennet.
“Burr was so clear on that right from the start,” she said in regards to a Skype conversation they had about playing the characters straight.
“I think that’s why he’s done such a great job with this film because the tone is that we’re not playing it for laughs. It’s about the humor coming out of the situation,” James said.
As for getting involved with the project, James said she hadn’t heard of Grahame-Smith’s book until Cinderella producer and colleague Allison Shearmur sent her the film script.
“It sounded insane, and I couldn’t believe these words were going together in a title — and I read it, and I read Grahame’s book, and I loved it,” she said.
For Bella Heathcote, who plays eldest Bennet sister Jane, one of the funniest scenes was when Mr. Darcy (Sam Riley) is analyzing Lizzy’s attributes to Mr. Bingley while the sisters viciously eradicate some zombies that crashed the Meryton Ball.
“That speech when Lily’s fighting, he delivers this speech about her physical appearance, I’m like, ‘How funny is he!’ That moment is like acting genius,” she said.
Although Riley has his comedic moments, it is Matt Smith as Parson Collins who steals the show. Collins is not one to get his hands dirty and will not fight any zombies. He’s a man of God, after all. He is more than content to let the women fight the battles, but he still expects them to be proper ladies. (He tells Lizzie when he proposes to her that she will have to give up zombie fighting.) 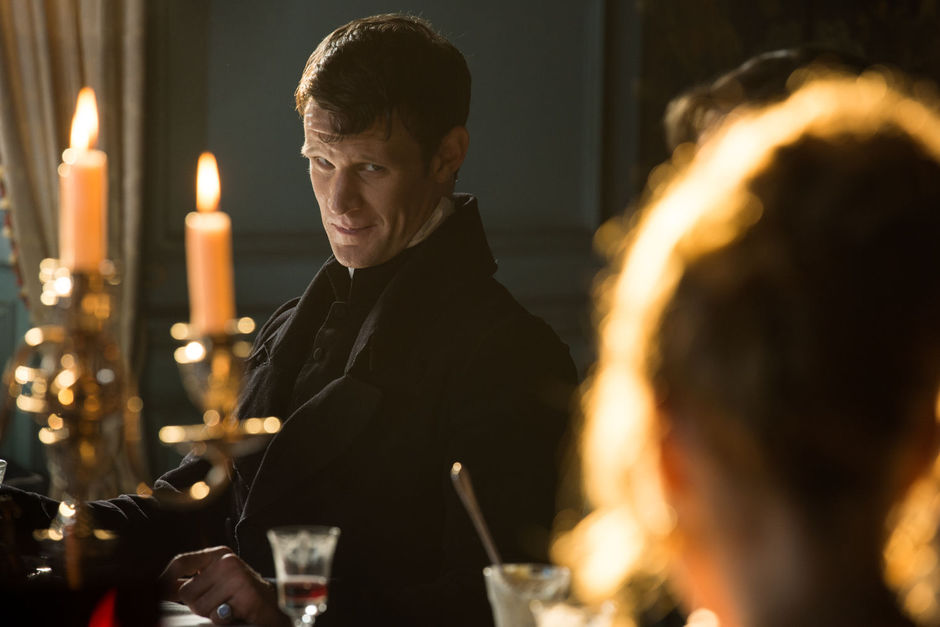 Smith imbibes Collins with such eccentric little ticks that it is impossible not to laugh at him. Out of all the oddities, it is Collins’ obsession with muffins that tip the scales in Smith’s favor for best performance in the film. It is such a minute detail that it’s almost lost amid the dramas of family and zombie fighting. Yet it added a whole new dimension to the hapless character.
“When I read the original novel, I found that he was really interested in eating muffins and stuff like that,” Smith said. “So I thought to try and get some of that texture into the piece.”
Pride and Prejudice has been done, nearly to death, but the addition of zombies made all the stars immediately attracted to the project.
“We (British actors) can’t escape period dramas,” Smith said. “It is nice that there’s zombies in it (the film). It refreshes the ‘periodness’ of the drama. It allows the tone to be something other and something else, and I think, subsequently as an actor, it allows you to make bold choices.
“You know, when the Bennet sisters are talking about getting a husband, they’re not just talking about getting a husband as they would normally, they’re talking about getting a husband under the circumstance of a zombie apocalypse — which somehow makes talking about getting a husband more interesting.”
Funnily enough, and even rightly so, the majority of the male characters in the story are not bold zombie fighters. With the exception of Mr. Darcy, the men tend to shrink back and let ladies do the fighting. Yet, the zesty ferocity of the Bennet sisters makes sense with how Austen wrote them. Even shy, sweet Jane has a spine.
The women in Austen’s books are already strong, it only makes sense that they would be incredible warriors if given the chance. In Grahame-Smith’s story, they have that opportunity, and it makes for a very satisfying reimagination of the Bennet sisters.
“I think that’s one of the virtues of the film actually, that the girls — the kick-ass, sexy heroines — they do all the fighting. I think there’s something in that,” Smith said. 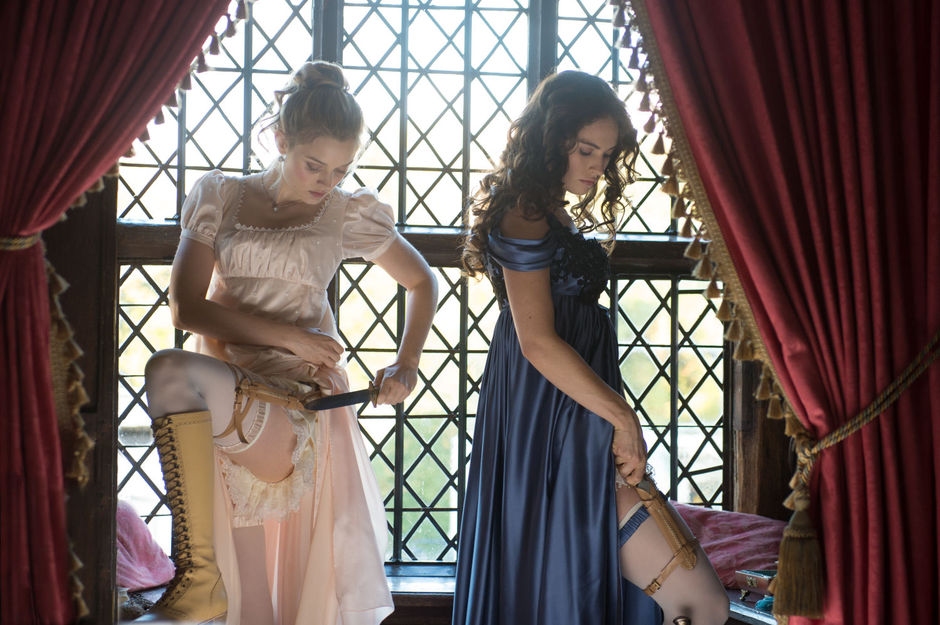 All that heroine action meant that it was the actresses who experienced the most intense training. Each of the sisters received individualized training. One was handy with knives, another swords, and another the bow-staff. James and Heathcote didn’t deny that it was hard work, but they enjoyed it all.
“I did about three months of kung-fu in L.A. before I went over to London,” Heathcote said. “Then we did that month with the girls and all the other more specific skills.”

​Those who would wrinkle their nose at this adaptation need only to read Austen’s originals to see that her characters are in depth and powerful. Arguably, Jane Austen was ahead of her time. She analyzed the norms of society in her day and created a commentary through her works. Pride and Prejudice and Zombies still follows the plumb line of her stories. For the actresses, it was empowering to play these beloved characters with swords in their hands.
“There’s something about playing a strong independent female character,” Heathcote said. “But then also being physically strong and tough and getting to rescue the boys, and not being the damsel for once. That was just excellent.”
Lily James equated the experience to being in a girl band. It was invigorating to play the hero, particularly for her who has played many period dramas from Downton Abbey to a fairytale princess in Cinderella.
“Really, to be the girls who are the action heroes — it’s just brilliant — and especially in a Jane Austen movie, in a period drama. It just doesn’t happen. We loved it.”
Matt Smith said, that as a man, Jane Austen’s characters are richly textured and truly human. What they experience and how they feel is relatable, even for today’s audiences. They are fully realized people.
“I think the characters are really strong and clear. They’re interesting. For instance, my character, the interesting thing is no one will marry him,” he said. 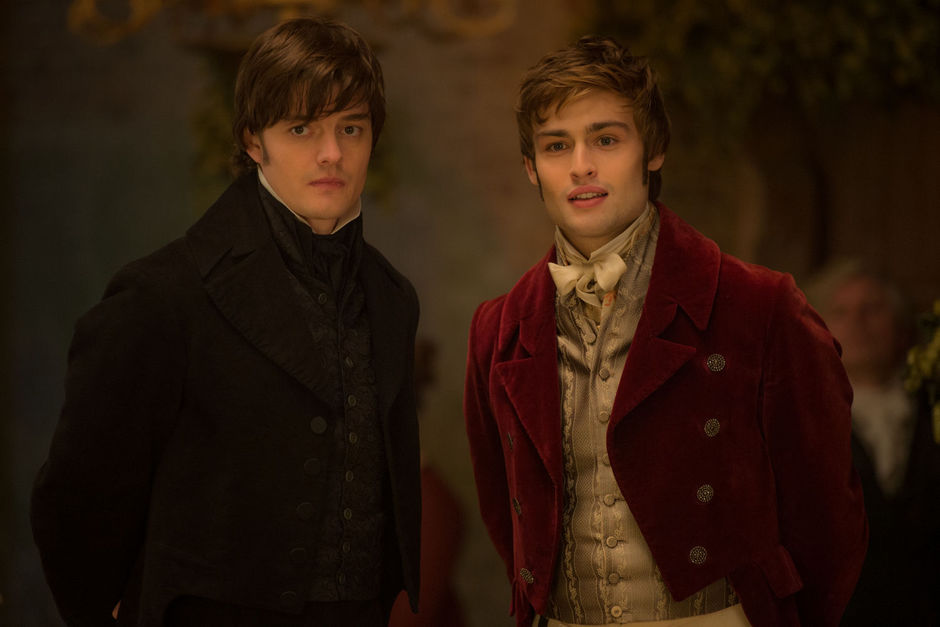 Douglas Booth (Mr. Bingley) agreed and added that reading authors like Jane Austen offer modern audiences a chance to time travel.
“You can just go straight into someone’s mind that was existing then and just exist in their problems. She (Austen) was writing about the problems she faced in the society around her. It’s like going back in time. That’s why I personally love her books,” he said.
That, and the richly realized world of Jane Austen’s novels are the reason why we keep going back. Whether it’s to faithfully recreate or create a spin-off or to add zombies, Austen’s texts are a treasure trove of human emotion and experience.
On top of that, she is a wickedly funny writer whose novel is enhanced by Grahame-Smith’s book. After all, who wouldn’t like zombie-kicking action in Regency clothing?
• Author’s note: Opening quote is from Jane Austen’s Pride and Prejudice.
• Contact writer: 480-898-5629 or kmonahan@getoutaz.com.
Proudly powered by Weebly