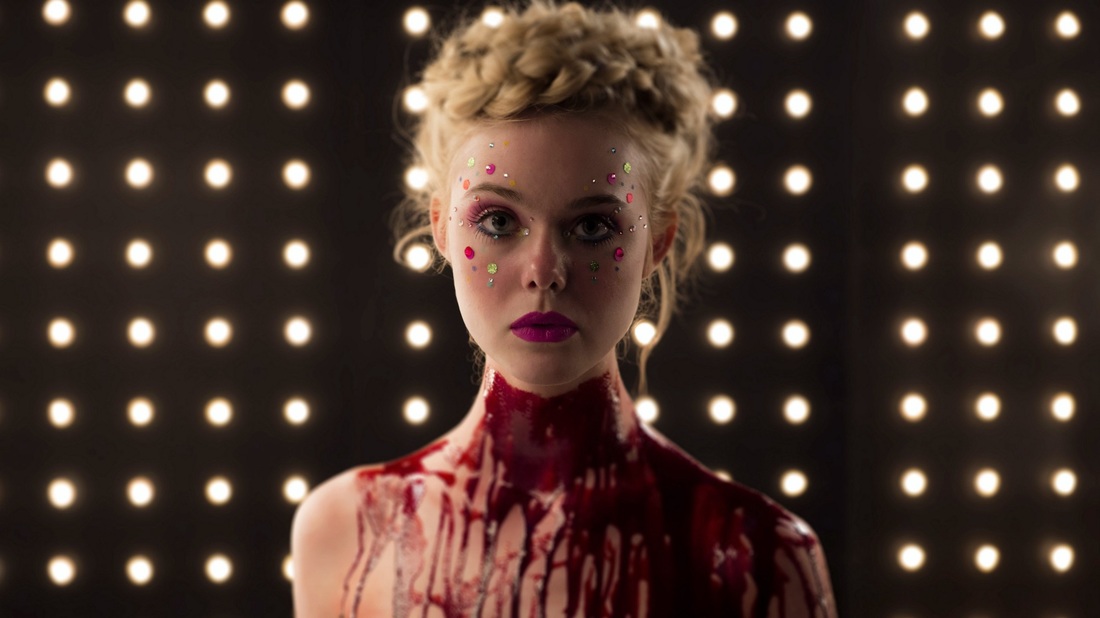 By Eric Mungenast
It’s rare to see a person walk out of a free film screening, yet the one I went to this week featured a fair number of people opting to do just about anything else than watch the rest of The Neon Demon. One woman directed a fair amount of vitriol toward the images on screen, muttering something along the lines that the film writer must be a sick person. On that end, she's absolutely correct in her assessment of director and co-writer Nicolas Winding Refn, a filmmaker whose unabashed love of retro visual artistry, violence and the peculiar make him a divisive figure in cinema. The assessment incorporates comparatively restrained pieces like Drive, Bronson and Only God Forgives; judging the man based solely on The Neon Demon would justify a diagnosis of some level of depravity or at least something amiss concerning the man's constitution.

Given all that, it is easy enough to sympathize with the woman as she left the theater in a huff, along with the others who trickled away as the film spiraled from the bizarrely obtuse into the oppressive macabre. The Neon Demon is a challenge to work through and an even more difficult film to stomach in its last 15 minutes. For those who can make it through, the experience is dizzying, dazzling and dense enough to perplex the smartest viewers. The Neon Demon is unforgettable in the most bonkers definition of the word.

The film has the traditional trappings of a Grimm fairy tale taken to even more perverse levels. Elle Fanning stars as Jesse, an aspiring underage model who just arrived in Los Angeles to do something with her life. She’s effectively a fairy tale princess whose purity and beauty are coveted by the nefarious figures around her, most notably rival models Sarah (Abbey Lee) and Gigi (Bella Heathcote) and unseemly motel manager Hank (Keanu Reeves). The only pair of people seemingly on her side are quasi-boyfriend and good-enough guy Dean (Karl Glusman) and makeup artist Ruby (Jena Malone) who appear to serve as knights in shining armor if viewed from afar. Faith in these characters' valor diminishes once you peer in a little and realize one of the more notable lessons from fairy tales that trust is a dangerous thing to believe in.

There are a million places Refn could go with a premise like this. He could make it a morality tale, or about how simple it is to become disillusioned, or even a teen film about finding friendship through perseverance and goodwill. What he ends up doing is shocking and grotesque, worthy of the protestations of the woman leaving the theater. But this isn't necessarily a film built to forge an overabundance of disgust from the audience; Refn doesn't employ beautifully shot sex and violence and everything in between just because he can . He's making points with The Neon Demon about the unfairness of the modeling world, in particular, the lengths women will go to retain, maintain or even steal beauty. Beauty is a fleeting thing in Refn’s world, an admirable trait that can neither be earned nor manipulated; in essence, you either are beautiful or you are not. Even those who do have it, like Fanning’s Jesse, are cursed to live in a constant state of danger from predators and jealous rivals. The Neon Demon is told through Jesse's perspective, but she's not the only one falling apart as she reaches for her dreams.

Los Angeles is a pretty perfect milieu for such a story, a place in which the divide between aesthetic perfection and blight is razor thin. Refn blurs the divide even more by twisting Los Angeles into a fun house of horrors. Mirrors capture many conversations and character interactions, sometimes portraying the more honest versions of the interactions than the ones not reflected off glass. All of those mirrors, along with Refn's love for pastel colors and otherwise intense lighting choices, utterly shakes viewers' proper sense of perspective and sense of comfort. It serves as something of a mirror to the experience Jesse undergoes in her first few days in Los Angeles; a rush of emotions, sensations, and overwhelming oddness crammed into a short window of existence. No matter how often Jesse protests against her innocent visage, she, like the audience, is not equipped to handle the cruel dream world Refn created.

Rating: Four and a Half out of Five Stars
Proudly powered by Weebly