"Mr. Right" Gets It Very Right 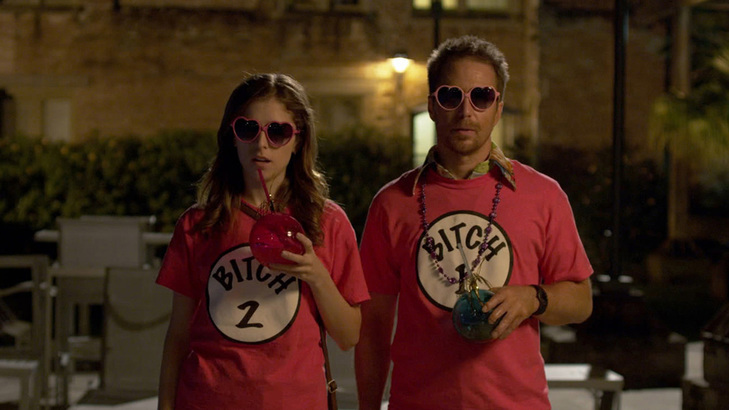 By Lulubell
Most romantic comedies followed a tried and true format — boy meets girl, love ensues, crazy ex intervenes and/or crazy parents intervene, they separate, they get together, happy ending. It's a simple format that appeals to the masses and rakes in the bucks at the cinemas. The problem is the predictability of it all. There's nothing new in the genre, not really. So I was pleasantly surprised with Mr. Right, an action packed rom-com with some spunk and violence. This isn't your typical rom-com that's for sure, and all the better for it.

Marth (Anna Kendrick) is a young, free spirited woman who's a little down in the dumps. She caught her boyfriend cheating on her and has gone a little mental. Fortunately for her, she meets a man, whom she later dubs "Mr. Right"  (Sam Rockwell), and falls head over heels instantly. They bump into each other at a convenience store amidst a shower of condoms. A very unique meet cute.
​
All seems well and dandy for Martha until she realizes Mr. Right is a contract killer, and not just any contract killer, but one with a moral compass. Strange as it sounds, this killer only kills those who hire him to kill others, because what they are asking for is wrong. In fact, Mr. Right tells Martha very matter of fact that he kills people, which she takes as a joke. He's so nonchalant about what he does that it's no surprise she didn't believe him.
​

As luck might have it, Martha isn't the only one interested in Mr. Right. Hopper (Tim Roth), his former handler wants his best killer back in the field, something Mr. Right isn't too keen on. Fortunately for Martha, Mr. Right can dance his way out of all sort of situations. Plus, she has some crazy in her to match her Mr. Right.

This is one great action filled rom-com. Its humor is dark but funny and the best part is Rockwell and Kendrick who hit it out of the park. Their chemistry is great and their craziness suited each other well. The whole thing really feels light and sweet in a way that other romantic comedy are tending to be bogged down with sadness and drama nowadays. Plus, it doesn't take itself too seriously. It knows what kind of story it wants to be and sticks to its guns.

Rating: This is like an ice cold margarita on a summer's day. Hits the spot.
​