Our host Kaely Monahan booked Blindspotting supporting actor, Rafael Casal for Phoenix's public radio station. Below is an excerpt of the interview between Rafael and host Steve Goldstein. Hear and read the whole interview on KJZZ's The Show. 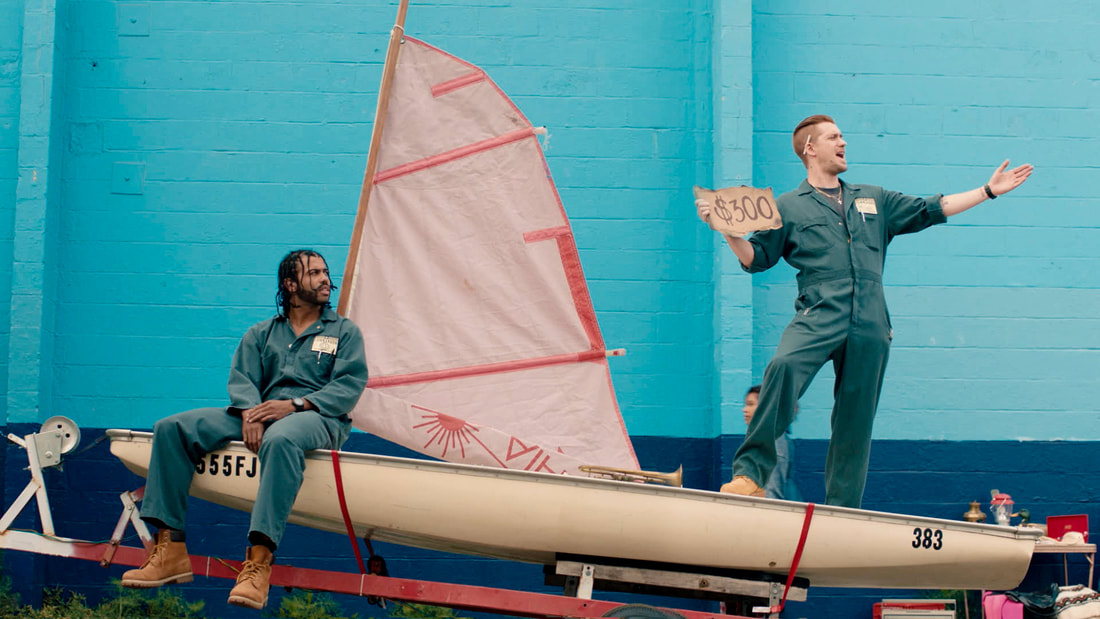 Collin (Daveed Diggs) and Miles (Rafael Casal) in BLINDSPOTTING. Photo by Ariel Nava
Broad concerns about how some in law enforcement were relating to members of the African-American community exploded in recent years as reports of shootings of unarmed black men emerged more commonly.
But for people living in certain areas — including Oakland, California — that reality has been much clearer for a long time.
The new film "Blindspotting" hits theatres Friday with a story about what it’s like to live with that kind of fear and uncertainty — as well as issues of privilege and cultural appropriation — and the use of verse plays a key role, too.
Rafael Casal, a co-star and co-writer, joined The Show to talk about it. 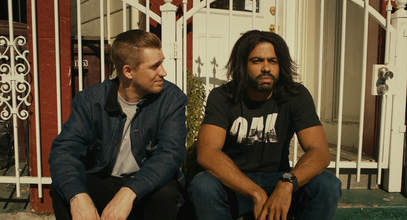 Miles (Rafael Casal, left) and Collin (Daveed Diggs, right) in BLINDSPOTTING. Photo Credit: Robby Baumgartner
RAFAEL CASAL: We sort of conceived of this about, you know, 10 to 12 years ago — it's been about a decade of a journey getting it made. I think when we were conceiving of it I don't know that we actually, at least for Daveed and I had any sense that it would ever actually get made. If we were going to attempt to make a film or write a script for a film and dedicate that amount of time to that with the unlikely chance that it would actually ever get produced we wanted to write a reflection of the conditions and circumstances that are most prominent in the communities that we come from. And so I think very much “Blindspotting” is a reflection of the conversations being had in our home base of the Bay Area and those conversations happened to be about police violence, and brutality, and gentrification, and violence.
STEVE GOLDSTEIN: And did this conversation evolve over the creative process or because you've been having conversations like that all along, did that play a role? I guess I'm wondering if — I mean obviously things change in the course of a screenplay and making a film but when it came to the real themes and ideas and conversations did those stay relatively stable?
CASAL: I think the national conversation shifted over those 10 years. And so we would always adapt and accommodate the scripts to meet the conversation and in its most contemporary form. Some of the things that changed the most drastically were when we started writing that the idea of protest against police brutality and the outrage the town felt like the appropriate response and they would probably warrant some kind of legislative or administrative change with the way that people are being policed. Especially because that was around the time when we started having filmed video footage of these these police shootings. And we felt like we were all looking at the same tape and were like "Wow now we have this footage where now we can all get on the same page." I think what happened over those 10 years is a little bit of trauma fatigue because we're in such abundance of these moments and these situations happening, and no real change in the way that we deal with them has occurred over a decade now. I think now the film is much more about how people can look at for example footage or a person or a story or a circumstance and all see a different version of it based on their own life experiences. We can look at that police footage and that country can see it differently depending on who's watching.