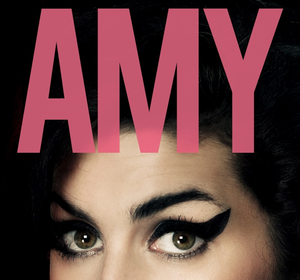 'Amy' rips out the heart and soul

Kaely Monahan
Originally published 7/9/15 on GetOutAZ.
‘The drinking, the bulimia, or the drugs — and nobody stopped it,” said Amy director Asif Kapadia in an interview with The Guardian. There isn’t a better way to sum up the gut-wrenching documentary about jazz sensation Amy Winehouse.

Watching the spiraling demise of the unbelievably talented singer/songwriter is painful. The femme fatale contralto burst onto the music scene with the same skyrocketing success of the biggest names in the industry. And like many rock stars, her light burned out in a flash.

Unlike traditional in-chair interviews seen in most documentaries, Kapadia’s Amy is told through original footage taken by family, Amy’s first manager Nick Shymansky, from paparazzi clips and interview reels. What we’re left with is a raw, unfiltered look into Amy’s life that shows a young woman with all the talent and no guidance. Layered on top are audio clips from interviews with Amy’s best friends, Shymansky, her family and more. Even her bodyguard spoke of what her life was like before the tragic end. Then there is Amy herself, as she speaks to the camera.

The documentary doesn’t hold back as it zeroes in on the failures of the Winehouse family, friends, and co-workers — who watched as she fell farther into alcoholism and drugs.

From the get go, we see a young Amy thrust into a world that is greedy and self-serving and has little patience or regard for the girl who was raised in a broken family. Throughout the entire film, Amy laments the absence of her father, who only seems to become present once she becomes a success. Also prevalent throughout is the desire for someone to just tell her “no.”

But it’s clear that either no one was strong enough to do it (e.g. her mother openly admits to never denying her), or not caring enough. Many people from her father to her friends said she’s an adult and she can handle herself.

Clearly that is not the case as she spirals down into the black hole that is Camden Town in north London. There she meets perhaps (in this reviewer’s opinion) the second-worst person in the whole film — Blake Fielder-Civil. He’s the man who introduces the impressionable artist to hard drugs; the man she pines over and eventually marries — and the one who seems to have little remorse about her death. (His tone throughout the documentary shows he’s centered on his own personal demons.)

However, Fielder-Civil is in the same shooting yard as Amy’s father, Mitch Winehouse, and her last manager, Raye Cosbert, and the media at large. No matter what way Amy turned she was enabled by her rock star status, and bombarded by intrusive paparazzi.

Even when she tried to escape to the Caribbean she wasn’t free. A couple of fans recognized her and asked for a picture. The emotionally wounded Amy clearly didn’t want to do it, but her father condemns her and coerces her to. While not a huge moment, it boldly underscores that she couldn’t ever escape.

While it’s hard to know the full truth of what happened during Amy’s career, it’s clear to see in the footage that she desperately needs help. Even her closest friends end up turning away because they felt helpless in the face of her enablers.

While Amy can be written off as just another talent lost to drugs and drinking, Kapadia’s documentary makes it uncomfortably clear that there is something wrong with society at large. It is easy to lay the blame on the past.

We were not there when Amy was at her worst. Nor did we have to deal with those toxic people in her life. Still, it is painful to see that she never truly received the support she needed. Not to mention that the voracious media, particularly in Britain, invaded every aspect of her life. She was tabloid fodder up for comedic “sale.”

Yet it was clear to everyone who met Amy that she was something special. Tony Bennett said that she had a gift, and stated that she belonged with the jazz greats, Billie Holiday and Dinah Washington. The documentary seemed to share these sentiments even as it questioned those in her life.

While brutal to watch, Amy is arguably one of the better celebrity documentaries to come out in some time. As Joe Coscarelli said in the New York Times, the film lets “nobody off the hook.” Except for Amy herself.